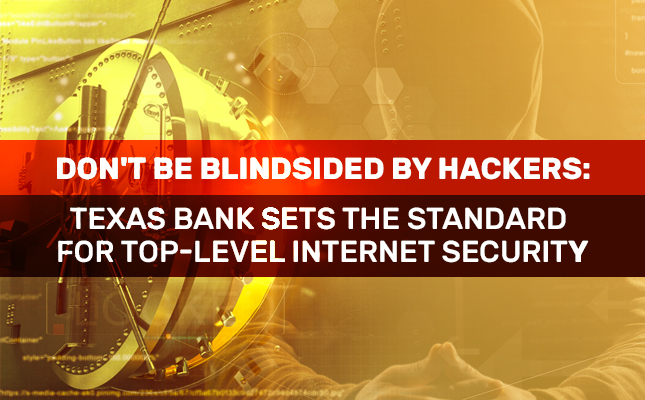 When Will Your Bank Be Blindsided?

It may already be too late: criminals may already be harvesting your bank’s information and assets. Most breach detections occur after months of data loss, according to the Ponemon Institute, resulting in mounting financial losses. Most bank information can be quickly “monetized” on eBay-style online markets in countries such as Russia. No wonder most financial institutions experience over 50 attacks per month!

Recovery is Tough – But Prevention is Possible

While bank management at one time could claim to be caught off-guard by a breach, now you are facing a broad spectrum of losses and consequences. Ready to take action against Internet risks, one Texas bank called on IT experts Cybernut Solutions to find an effective answer for them.

Cybernut Solutions investigated Oasis Titan, a broad-spectrum network protection device, which installs in front of the traditional firewall and works in conjunction with it. With Titan onboard, the bank then underwent FDIC and federal auditor testing, catching the attention of FBI and FDIC personnel as a leader among security-tested banks. Due to the stellar results with Titan, Cybernut was invited to assist several federal agencies.

Another Financial Crisis in the Making?

Facing threats ranging from agile, lawless international hacker organizations to ATM “skimmers,” by rewarding criminal activity complacent banks are putting the entire industry at risk. It’s time for banks of all sizes to get informed, take intelligent action, and take the lead in avoiding yet another widespread financial crisis. Of the 500 million data records stolen, according to the FBI, in a recent 12-month period, how many could be yours? How would you know?

Even the FDIC has been caught not only having experienced five recent breaches from overseas, but sticking its head in the sand about them. Denial is not an option.

The Internet has brought agility and radical change to many industries, but banking has generally seen it as a tool rather than a chance to transform. For most customers, banks simply provide portals to their traditional functions and products. Cybernut’s banking client found that they could install industry-leading Internet security and future-proof their network-based services.

Internet-savvy customers are quick to respond to risk exposure and change banks. Changes in typical consumer online accounts required as the result of a reissued card number are comparable to the hassles involved in changing banks, providing an incentive for consumers and businesses to make their move.

What Next? Take steps to bring your bank to the forefront of active Internet security.

For more information on the open Internet threats you currently face and probably never realized, read this white paper on Internet reality from Oasis.

Ready to act? This case study follows the work of Cybernut Solutions, Titan, and their Texas bank client as they take intelligent action against Internet attacks.

In the words of Stephen B Faulkner, President and CEO of Cybernut: “The solution is solid and the team at Titan are security experts that will give you and your clients some peace of mind that your network is secure and being protected real time.”